Richard McVetis is a British artist-maker, known for his meticulously embroidered drawings and objects. His artistic practice centres on his training as an embroiderer through the use of traditional hand stitch techniques and mark making. Using laboured and meticulously worked wools and multiples of embroidered dots and crosses, he explores the similarities between pen on paper and thread on fabric, using a limited vocabulary of mark making and deliberately subdued colour to create a binary simplicity.

His work reflects a preoccupation with the repetitive nature of , exploring the subtle differences that emerge through ritualistic and habitual making. In addition, the mapping of space and marking time and form are central themes. His most recent series of work ‘In pursuit of time’ is an enquiry into the way time and place are felt, experienced and constructed. Ideas are often developed in response to, or created specifically to a moment; visualising and making time a tactile and tangible object. The pieces created how objects, materials and places, through the action of hands, bear witness to the passing of time.

Richard lives and works in London. His work has been exhibited across the Europe, North America and Korea. 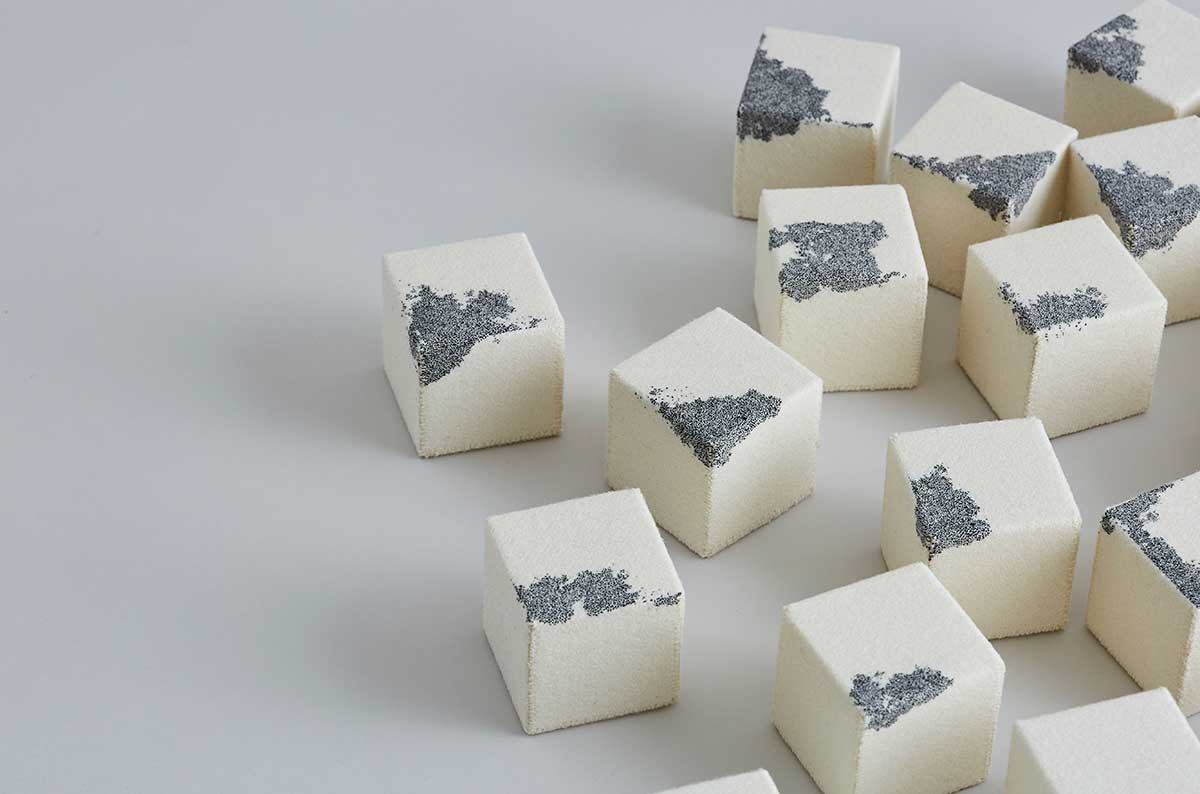 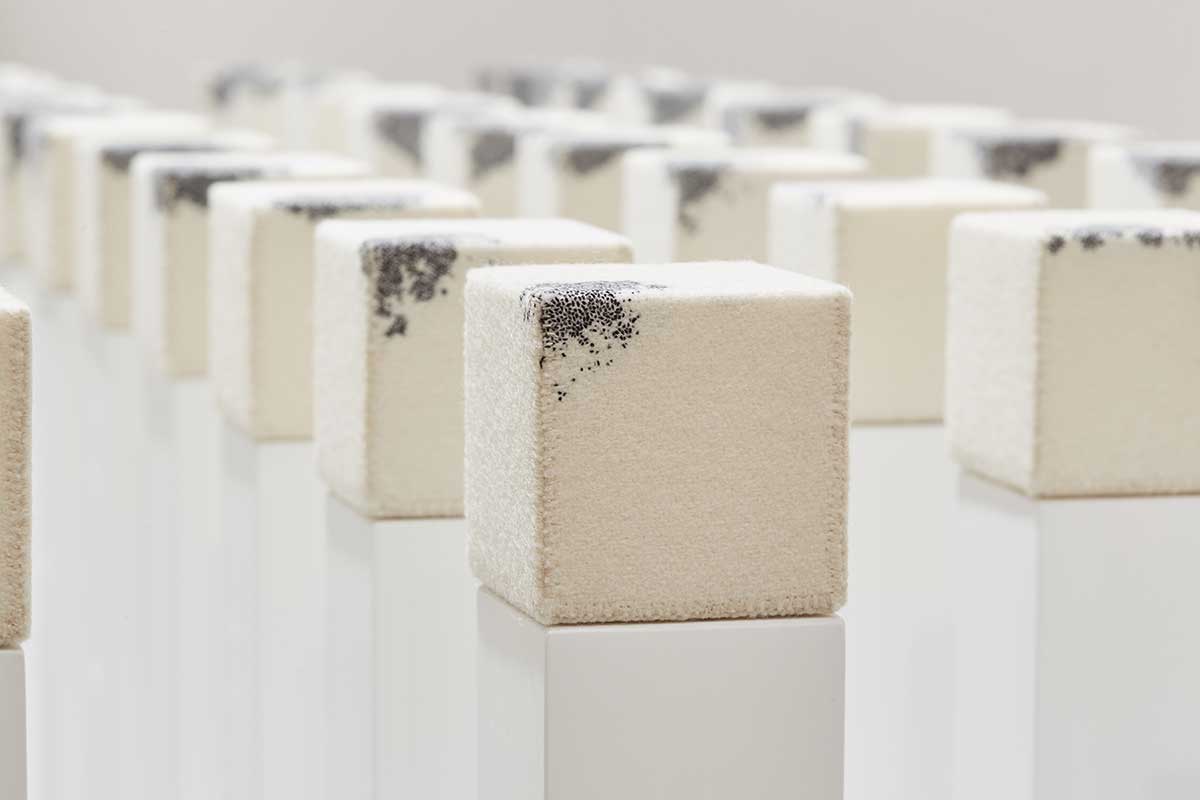 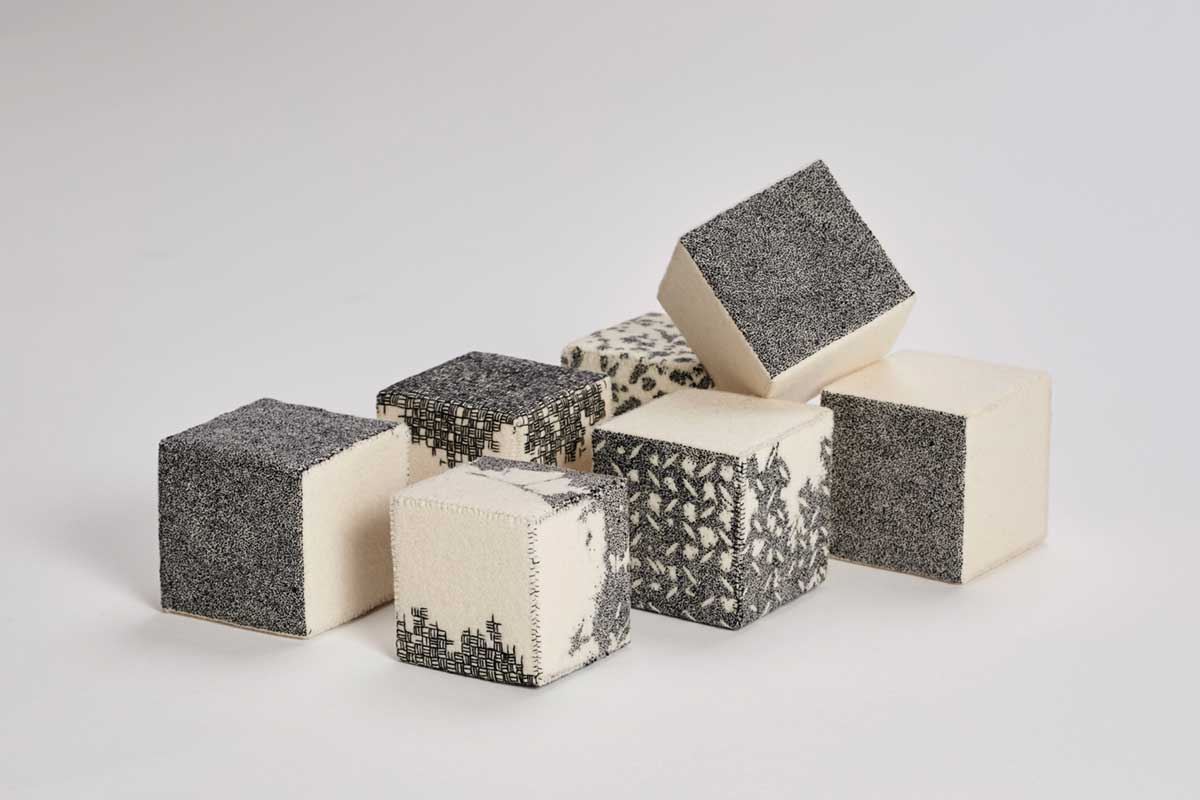 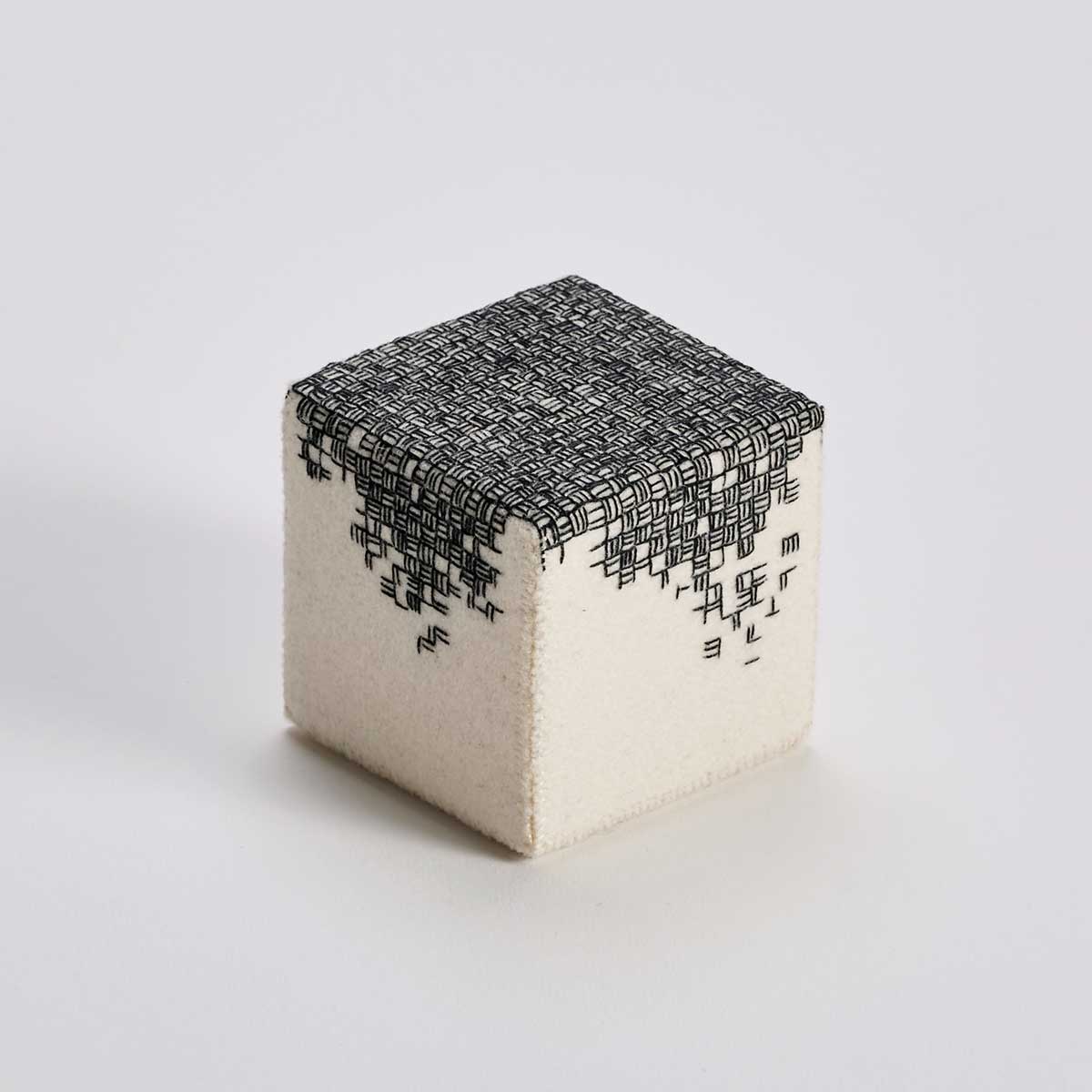 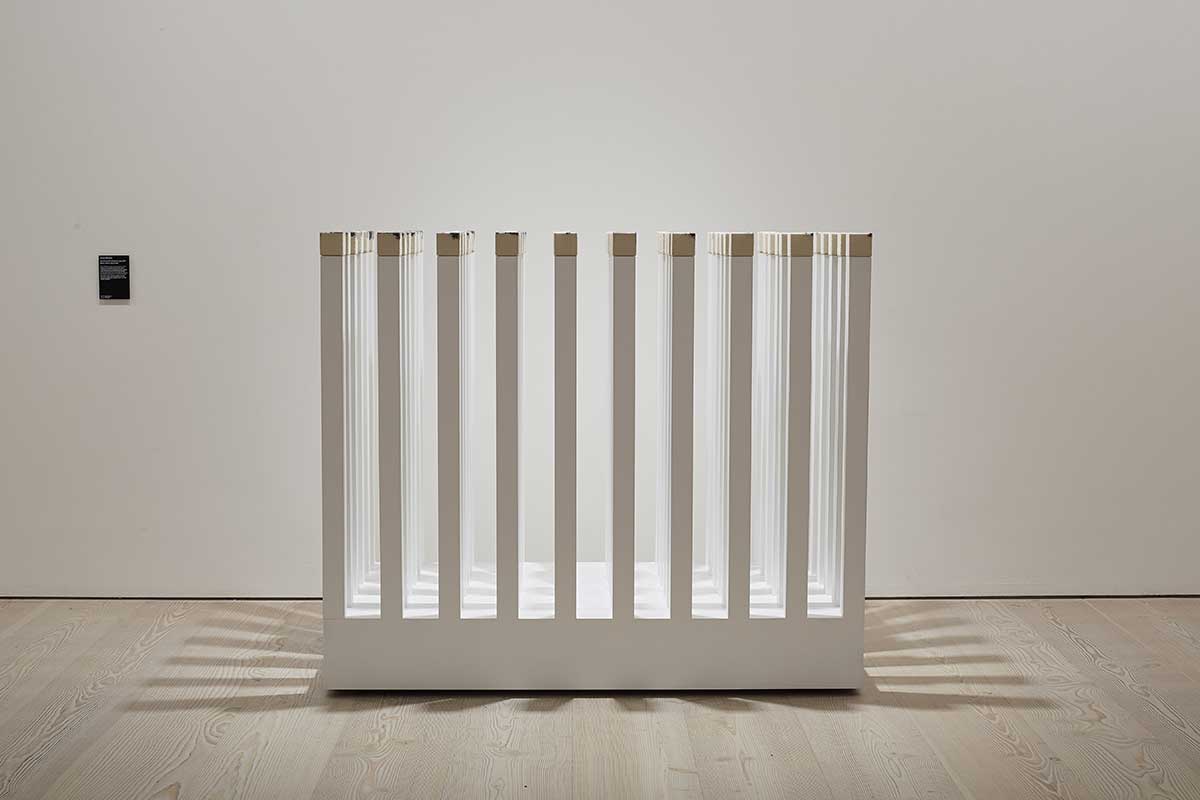 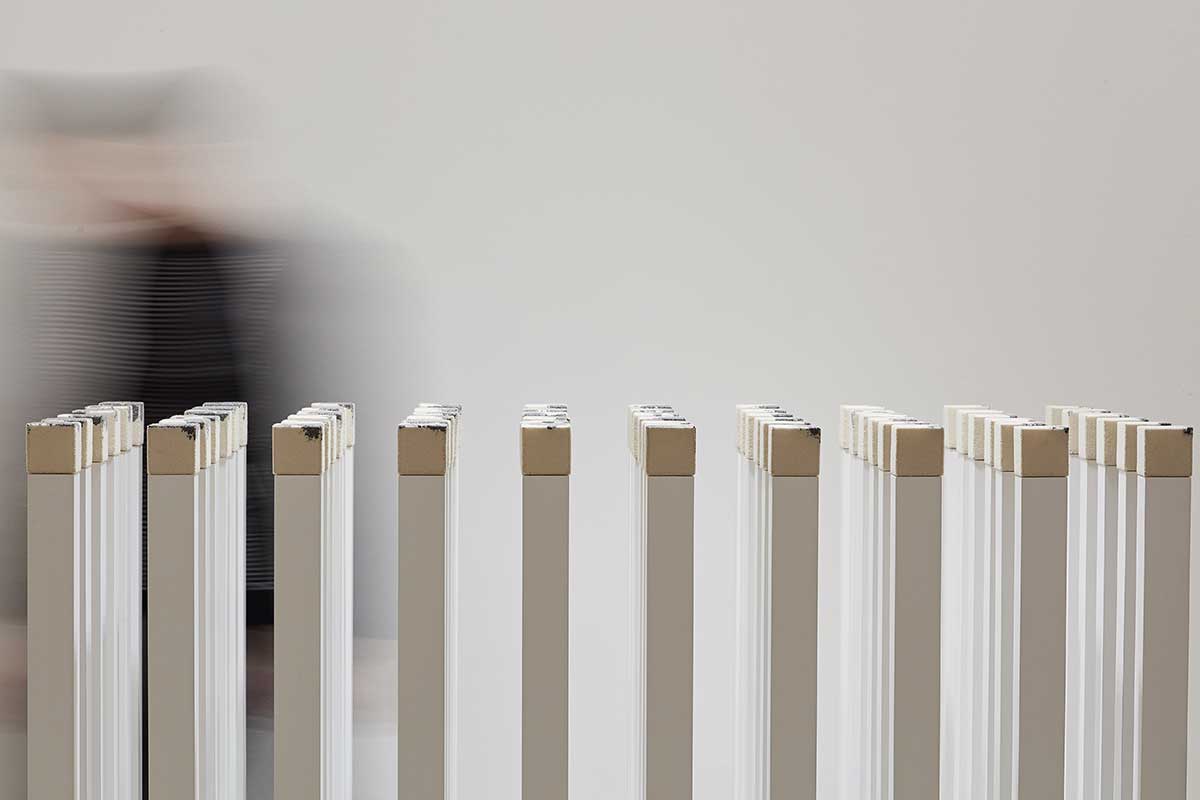 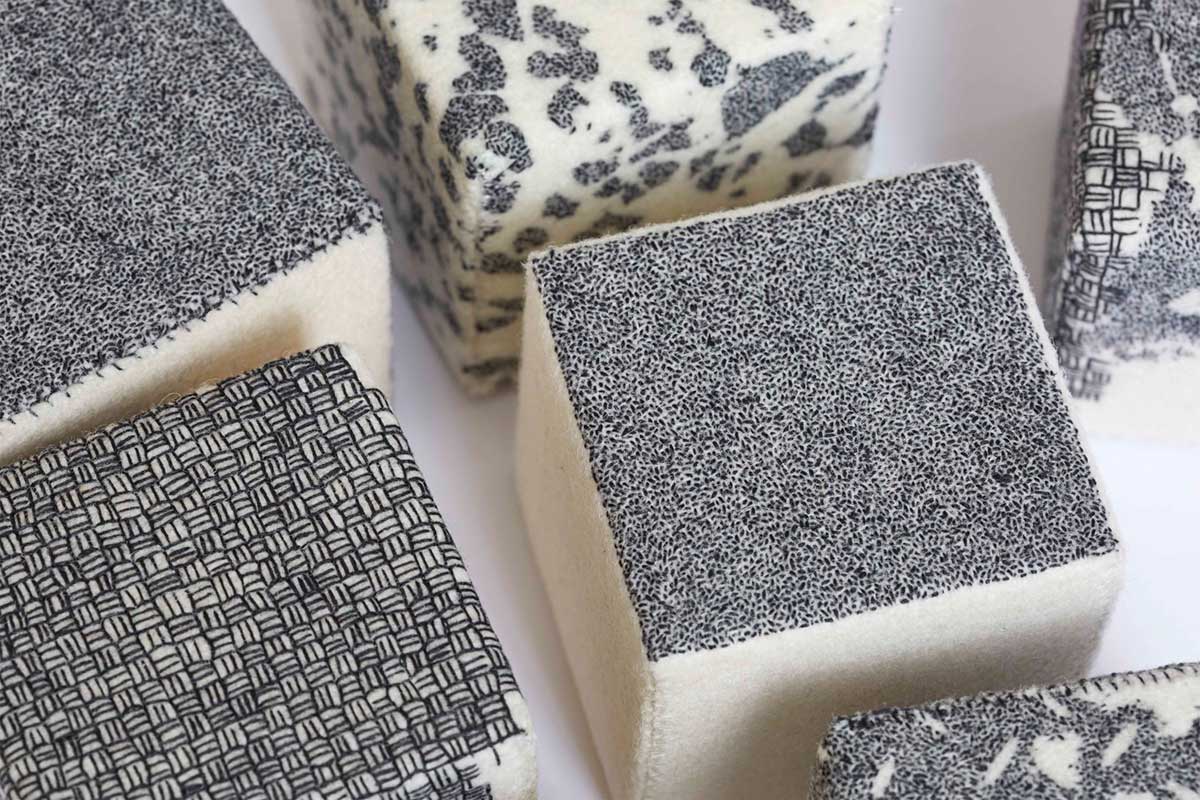 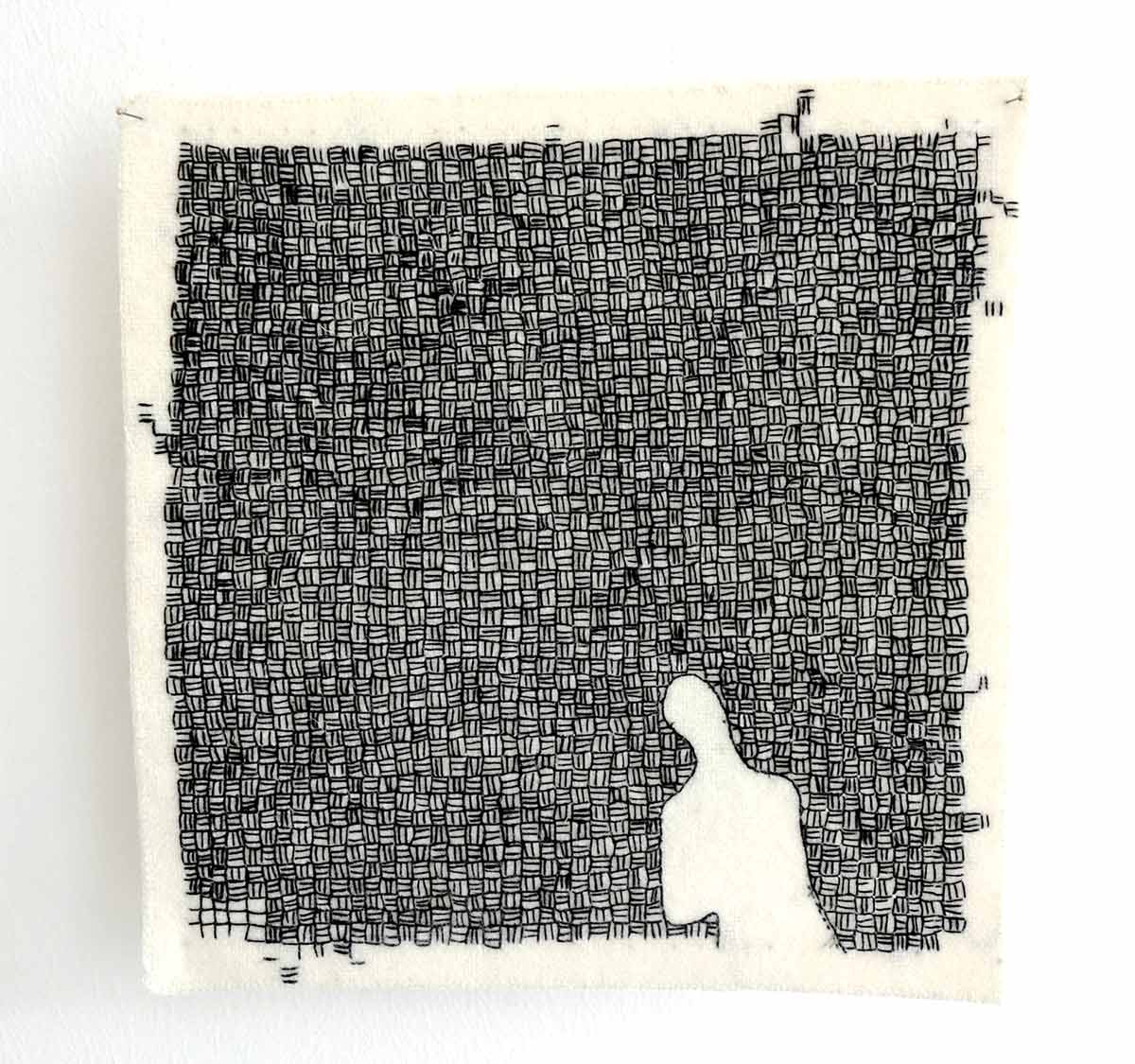 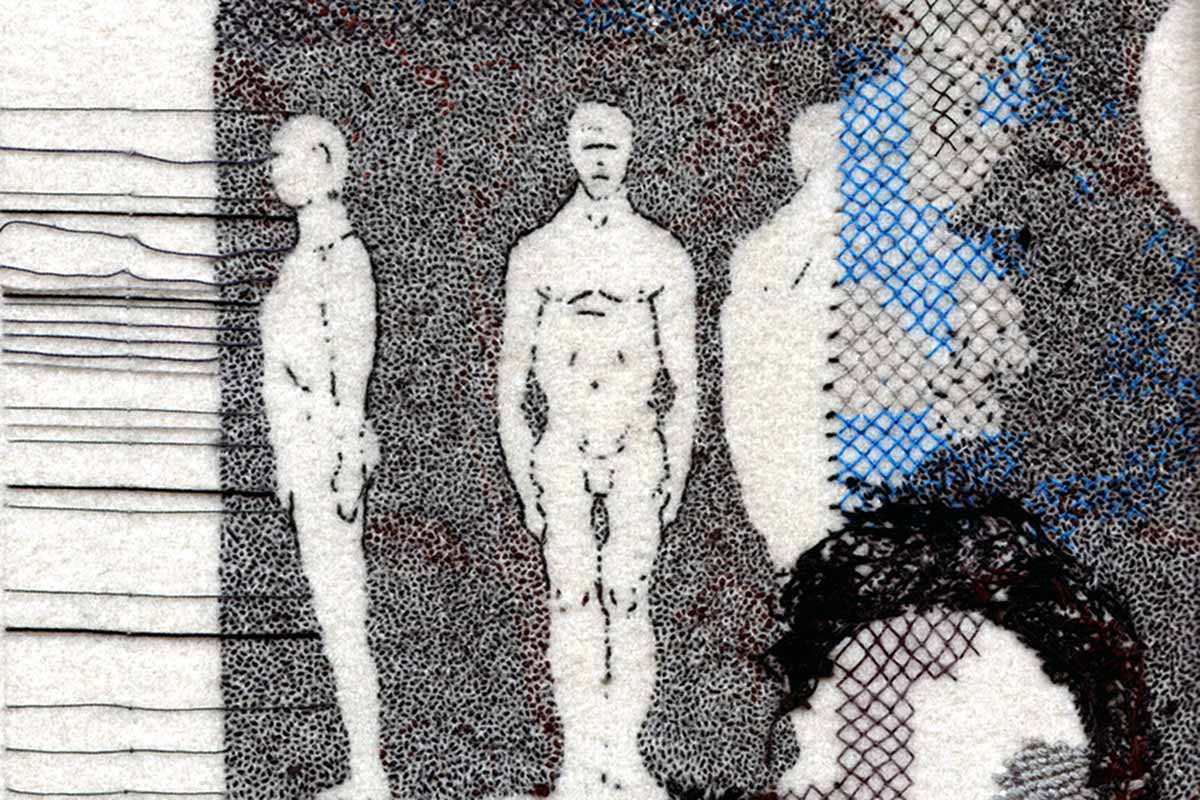 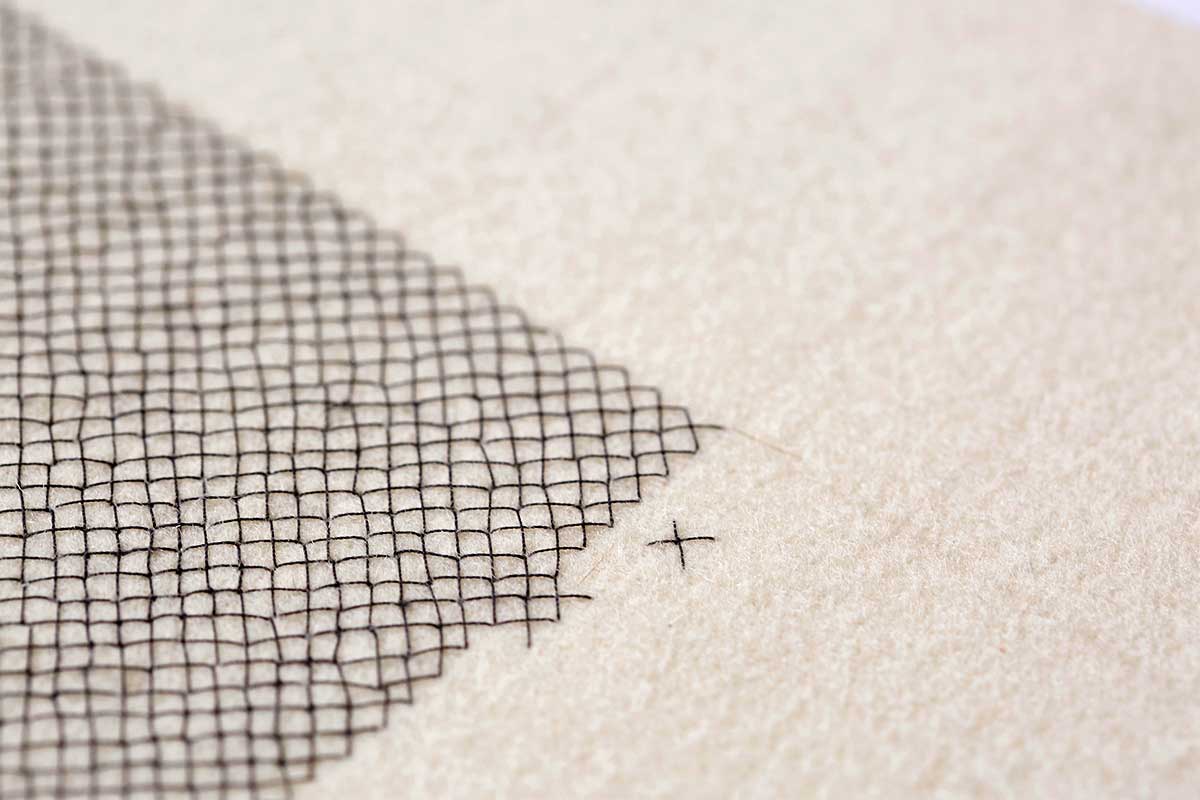