Rozanne Hawksley is described as “being one of the UK’s great embroidery innovators” whose work can be sumptuous or spare; tiny or room sized layered with symbolic references,it is not easy to categorise; she describes it as attempting to deal with the human predicament:- its strengths; its frailties; the consequences.

Whilst my work is said by some “to exist in an area where categorization is almost impossible,” nevertheless it is rooted strongly in various textile traditions; viz: the use of fabric and thread. The underlying feeling and responsive thinking are closely connected in all the pieces – all encompassing.I continue to be concerned with and affected by the fragility of the human predicament; the frailties and strengths of condition – the polar attributes. More succinctly the emotional and physical isolation of the individual through war and the consequences of poverty and greed; misuse of increasing power; love and loss; survival:- all multiplied universally.

The resulting pieces vary in scale from the large installations to the small and intimate. The smaller that have reference to Death are often the most ornate, containing significant symbolism and allegory. Sometimes those of early Catholic Spain or the darker mysteries to be found in the written word. A variety of materials come into use but selected are those which alone and no others are necessary to articulate that emotional and intellectual feeling which is almost inexplicable:- the heart of the matter. 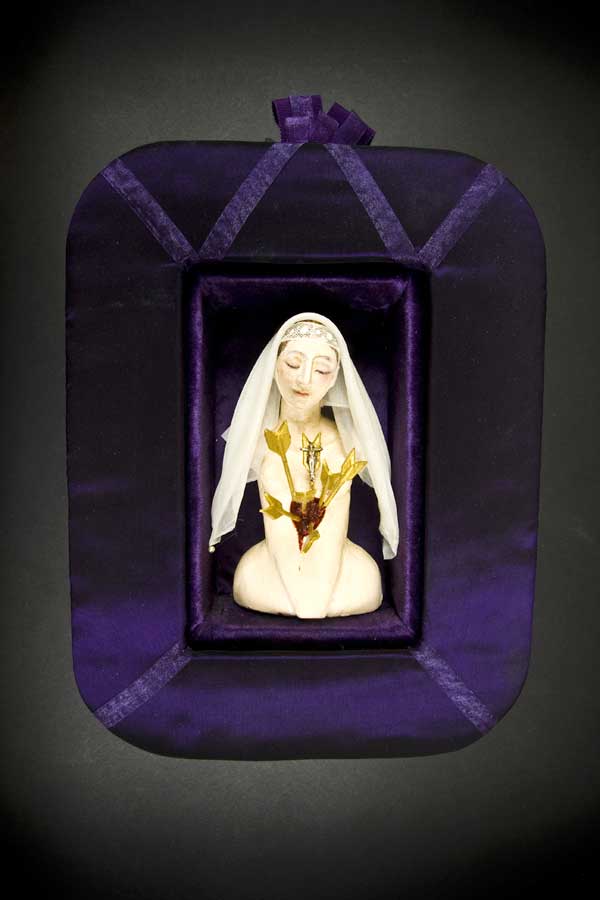 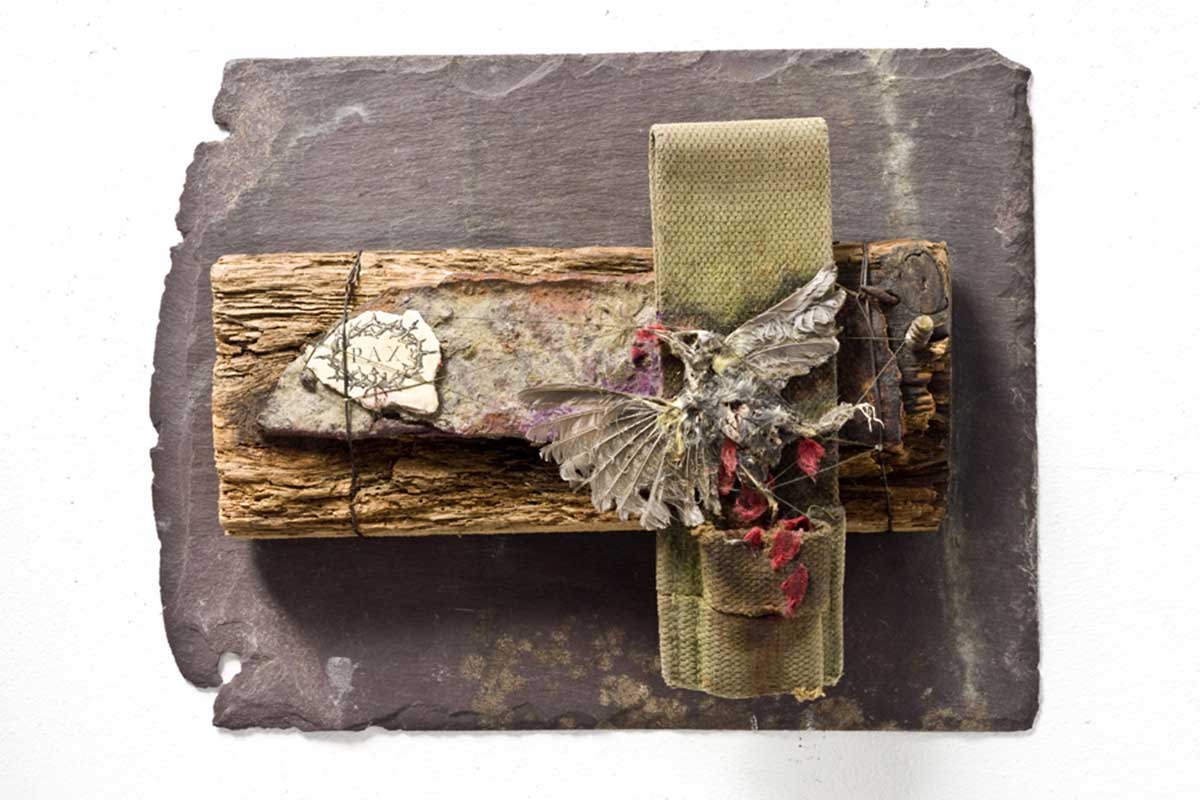 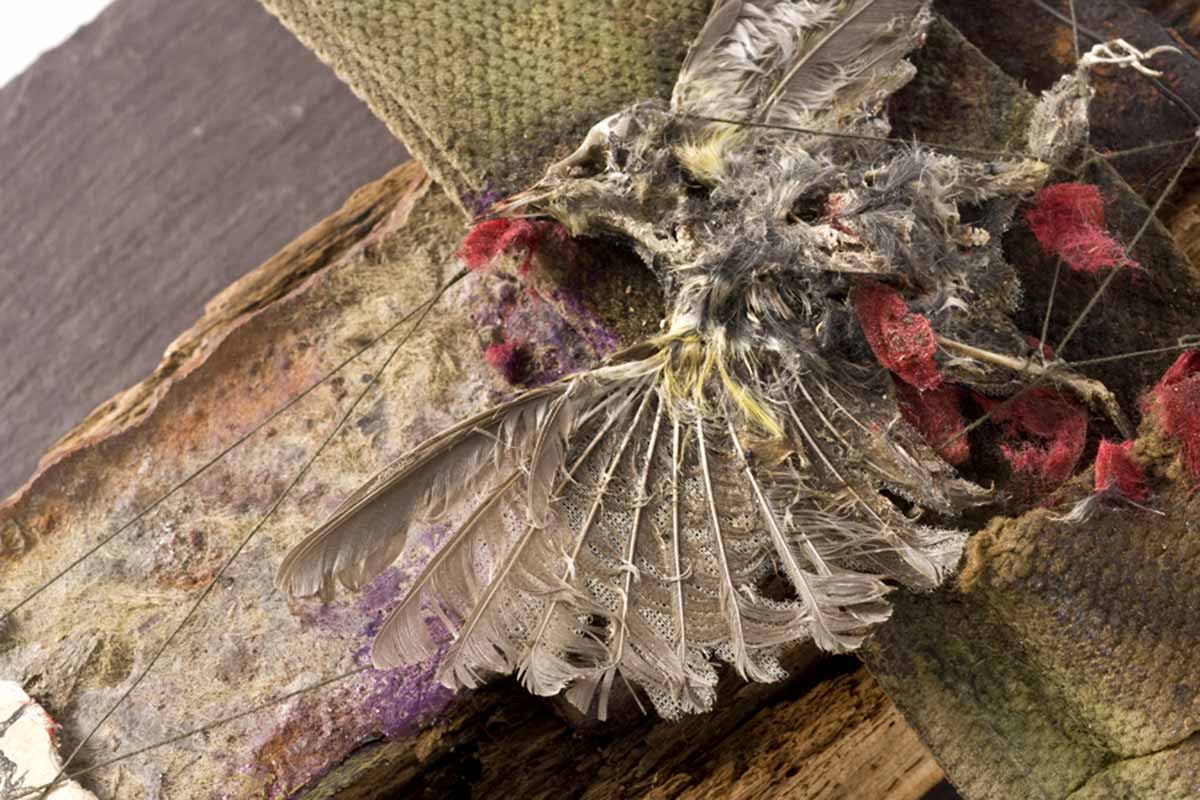 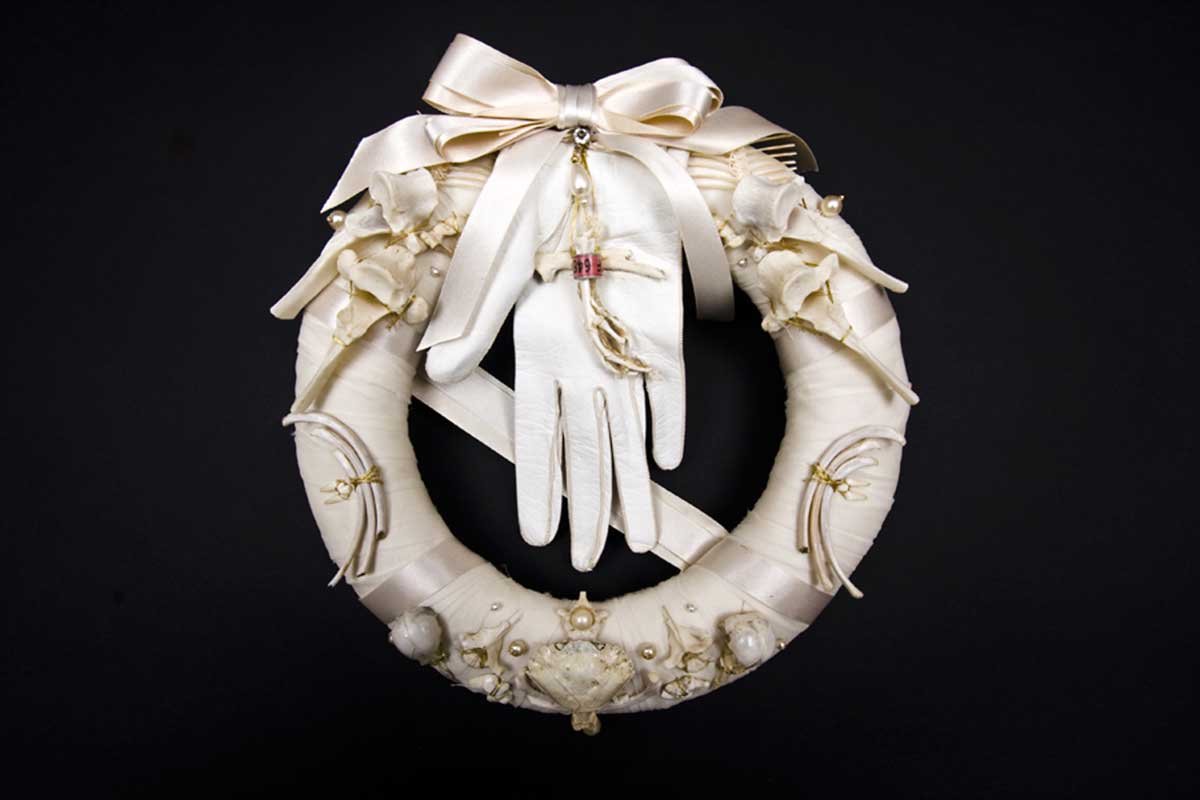 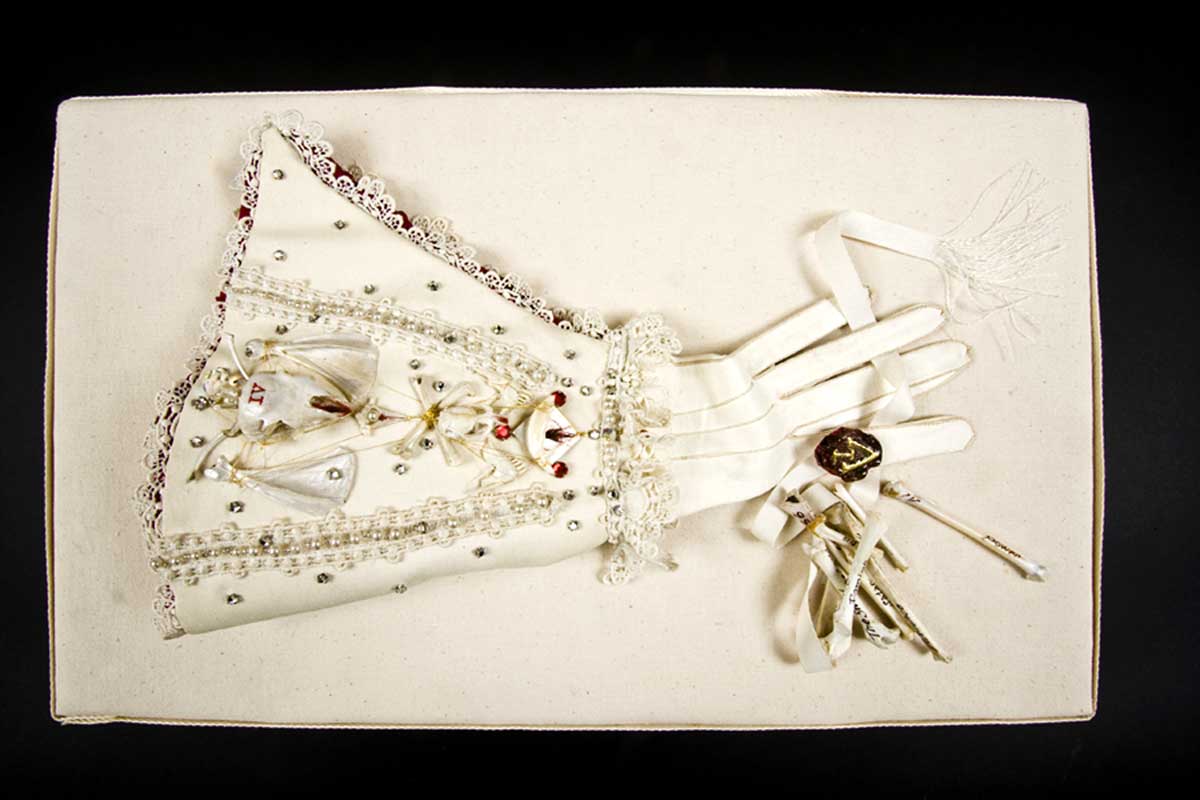