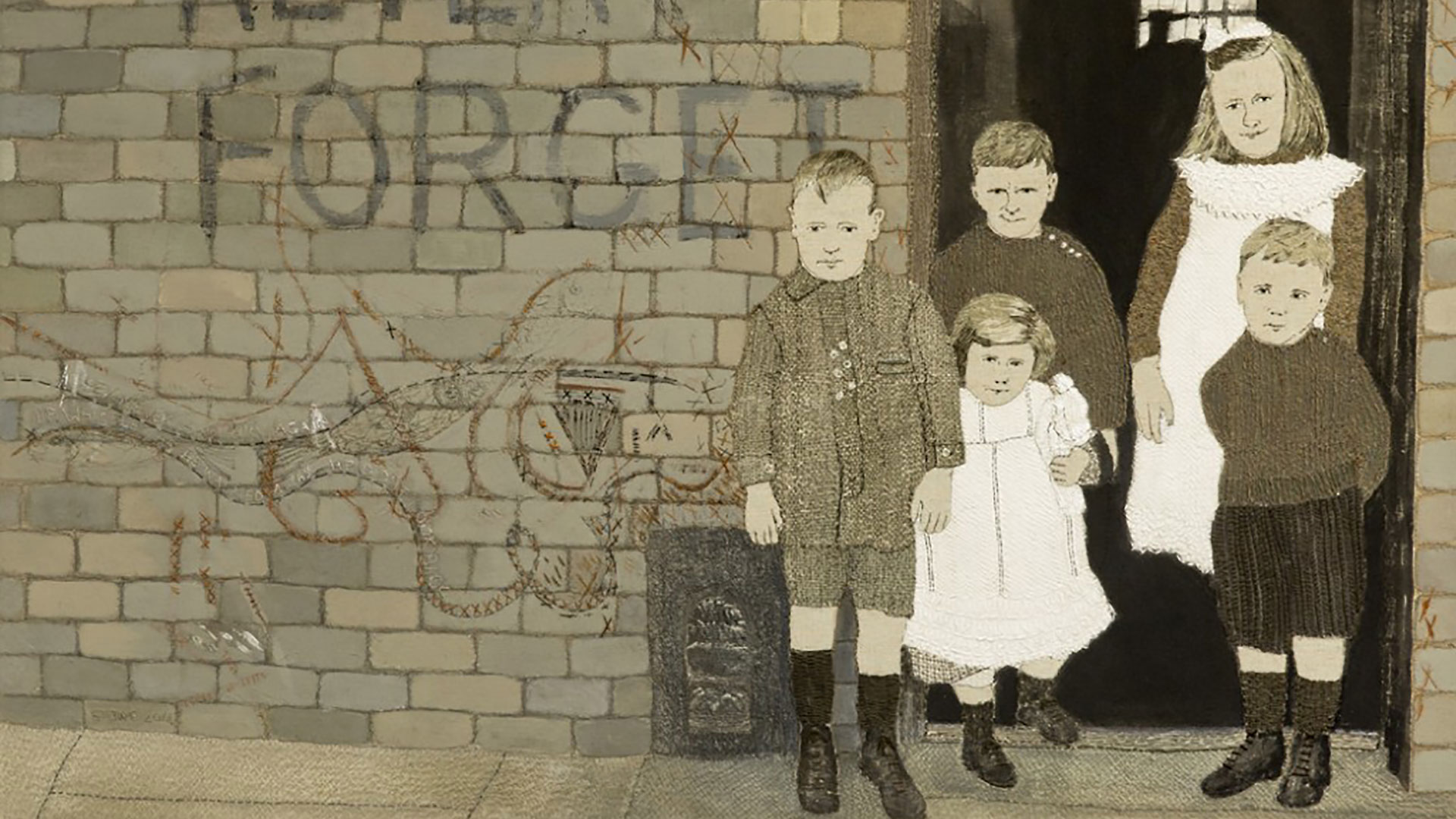 ‘Groups often abandon rigour in favour of a kindly indulgence towards members but The 62 Group has always resisted the temptation.’

In 1962, the belief that co-operative effort can be more effective than individual enterprise united several young embroidery graduates in a common enterprise – they formed the 62 Group of Embroiderers to be a pressure group and a support system for its members. They knew that their work deserved wider recognition and that for this, it needed to be seen in prestigious venues with appropriate publicity and critical attention.

There was a subtext, a support system for these new graduates who often found themselves a ‘lone voice’ in suggesting that embroidery was not merely a lady-like hobby but once again a live art form appropriate for its day and age. Embroiderers were very soon joined by practitioners in other textile disciplines and so The 62 Group of Textile Artists was established.

How has this group survived and flourished for over 50 years? (It has no premises or paid administrators).

First of all it has attracted committed professional members willing to give some of their working time for the benefit of the Group. A wise constitution was drawn up and adhered to with only minor amendments over the years. The wisdom lay primarily in its insistence on a rigorous selection procedure for initial (and continuing) membership and for inclusions in any Group exhibitions.

Groups often abandon rigour in favour of a kindly indulgence towards members but The 62 Group has always resisted the temptation. Members know that their work will be subjected to appraisal by a panel of their fellow members before it is accepted in any 62 Group exhibitions and that they will be asked to serve on such selection panels from time to time.

Each year new members are selected whilst others depart and an exhibiting membership of about 60 members is usual. It includes those with established international reputations as well as recent graduates at the outset of their careers.

Currently, 16 honorary members (distinguished in the field of textiles as gallery directors, curators, academics or business people) support the group and its objectives.

As it moves into its sixth decade, and with its continuing programme of annual exhibitions, The 62 Group has an established international reputation for professionalism, quality of work and strength of purpose.

I first worked with the 62 Group in 1993 when curating an exhibition at Bankfield Museum Halifax. I had only been curator there for four years and working with the Group represented a ‘step-up’ in our programming. In retrospect, it also marked a step up for me as a curator. I learned so much from that project, and not just about contemporary textiles. I also learned about the importance of rigour in everything and of the value of an artist-focused approach.

I have enormous respect for the 62 Group and the work it has done over six decades as an advocate for contemporary textile practice. Maintaining that level of commitment to the making and showing of new work takes a lot of hard graft. Being willing to challenge and push practice at the same time, takes courage and determination.

One clear objective in staging a public event such as The Knitting and Stitching Show was to ensure that every visitor was presented with something new, innovative and, perhaps challenging. That was why the 62 Group was my “go to” organisation over some 20 years running the exhibition and when looking to stage an exhibit at the upper end of the spectrum – a gallery where quality and originality would be assured.

It took a little persuasion to coax the Group to participate first time around and, indeed, I never did convince a few members that that the Knit and Stitch (as Audrey Walker always referred to us) was a “proper” place for the Group to be seen! Yet I was always convinced it worked for all parties. I was assured of an interesting exhibit with delightful curators; members would have their work seen (and often bought) by the large numbers of people attending the event as a whole, but, of greatest importance, many thousands of people were able to see work of a quality and integrity that, hitherto, they had never been exposed to.

The run up to such exhibitions was also a joy. It was like Christmas to receive the work in our offices, and to have first sight as it was unwrapped for jurying purposes was a privilege. Such jurying is certainly tough but is the very essence of what makes the 62 Group stand out from the rest.

I regard it as a huge honour to have been made an honorary member and wish the Group every success in the future.