Connections with Japan go back to 1984/5 when the group staged a touring exhibition which visited Tokyo, Kyoto and Osaka. 1984 was also the year that Atsuko Yamamoto joined the group and we would like to thank her for all her hard work in Japan this year ensuring that plans for the current exhibition would come to fruition. Atsuko will be helping to oversee the installation of the exhibition along with Jae Maries, Penny Burnfield and Jan Miller who are travelling out from the UK.

In 1992 the group celebrated their 30th Anniversary with a second exhibition in Japan, this time at the Hankyu Gallery.

Our second Japanese member Shizuko Kimura joined the group in 1998. Shizuko sadly died last year and this year’s exhibition is dedicated to her. Some of Shizuko’s beautiful and sensitive work has been kindly loaned by her family and will be shown as part of the exhibition. 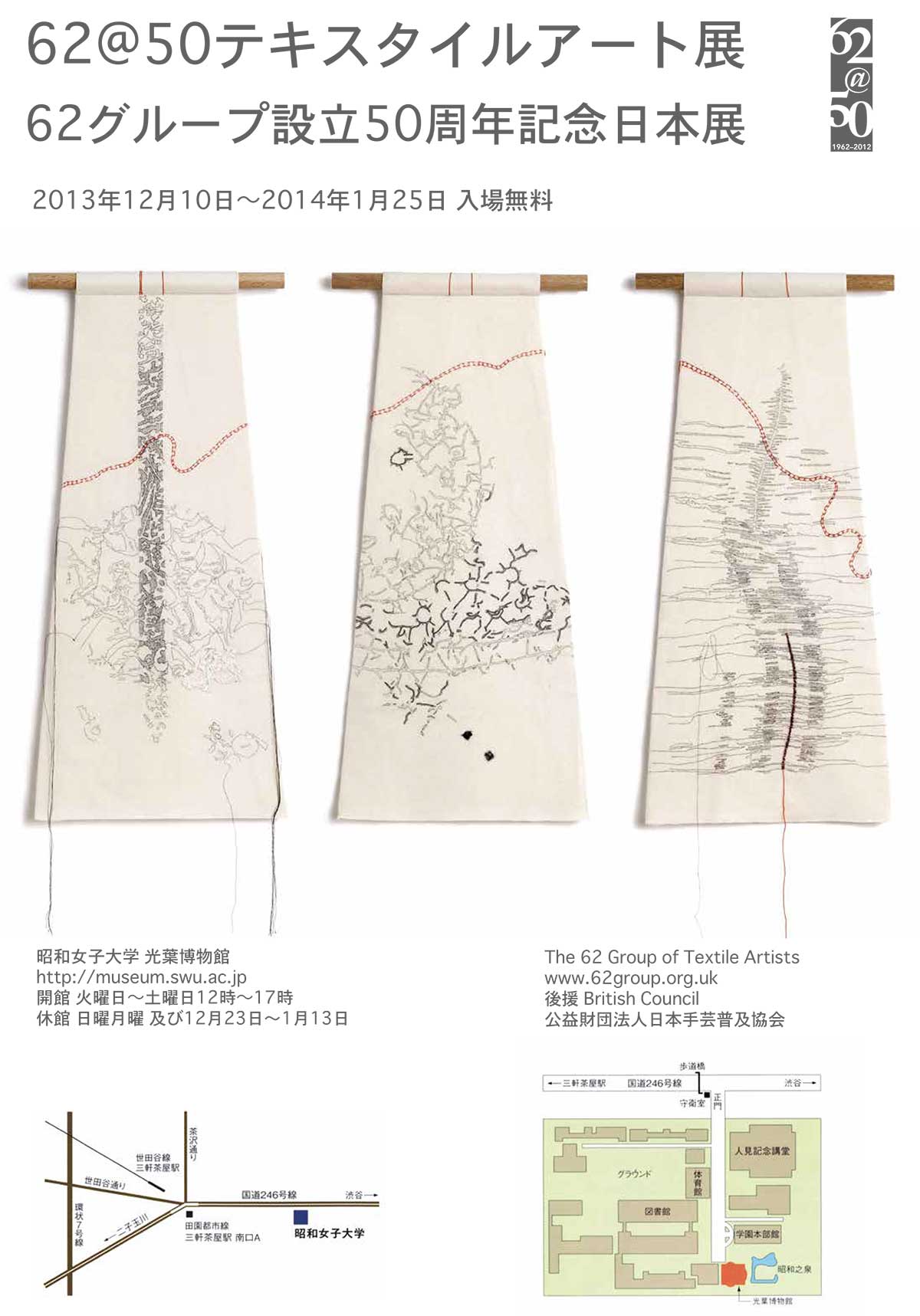