Sue Stone is a British artist who is best known for textural, figurative compositions that often feature a fish; a symbol of her heritage. She was born and raised in Great Grimsby, Lincolnshire which was once a thriving fishing port on the east coast of England.

Sue is an avid collector of images. The accumulated textures, patterns, colours, texts provide an important source of understanding and awareness of the outside world. The unexpected and the often overlooked become her reference library consisting of many thousands of photographs.

Sue Stone’s practice is made up from several elements; documenting, processing, making, exhibiting, teaching, speaking. Her Ideas are drawn from anywhere and everywhere; the seen, the heard, the experienced, her life observations and her heritage. The resulting compositions often have a partial narrative which creates the allusion of a journey through life. The techniques used are simple and straightforward; a deliberately limited vocabulary of hand embroidery stitches, often combined with machine stitch, appliqué, sampling, and acrylic paint.

Sue is a former Chair (2013–2018) of the 62 Group of Textile Artists. She studied Fashion at St Martins School of Art and Embroidery at Goldsmiths College, University of London. Her work has appeared in many publications worldwide and has been widely exhibited throughout the UK, Europe, and in the USA, Pakistan and Japan.

“Cloth in all its forms : woven, printed, dyed, already worn, has passed through the hands of many people before it gets to me. It already has a history and contains memories. When I stitch the cloth I too become part of that history and make new memories.” 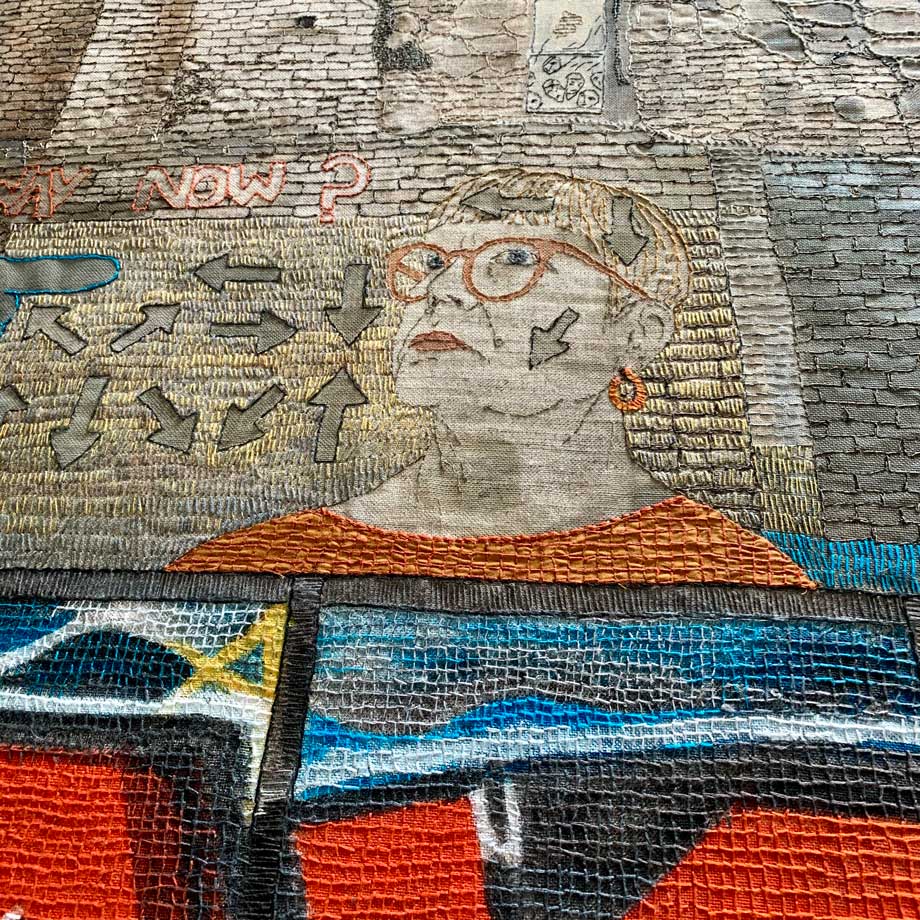 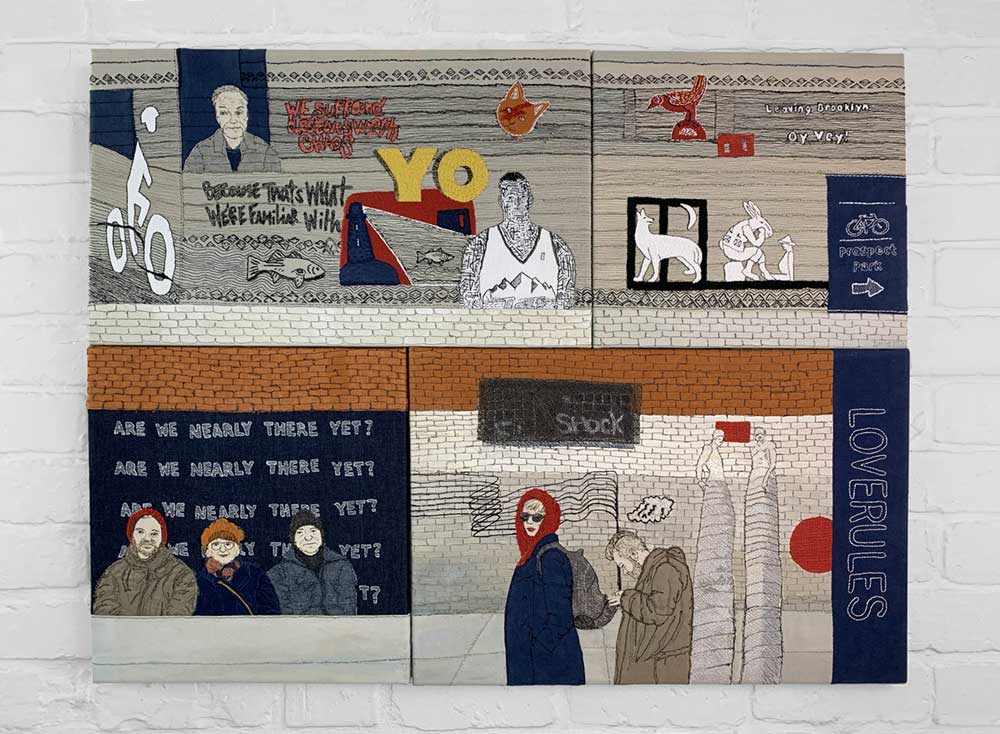 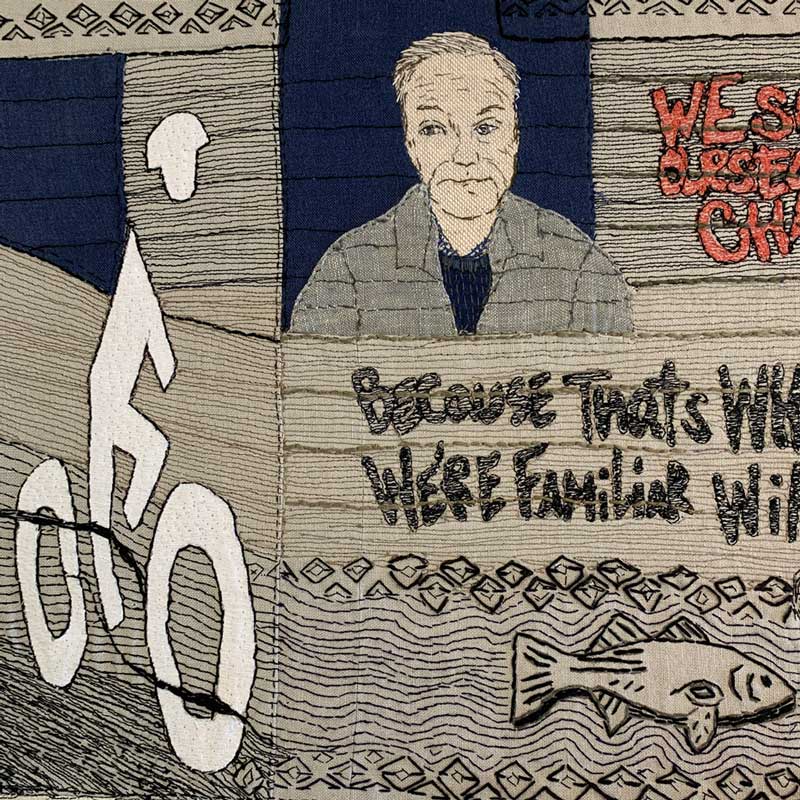 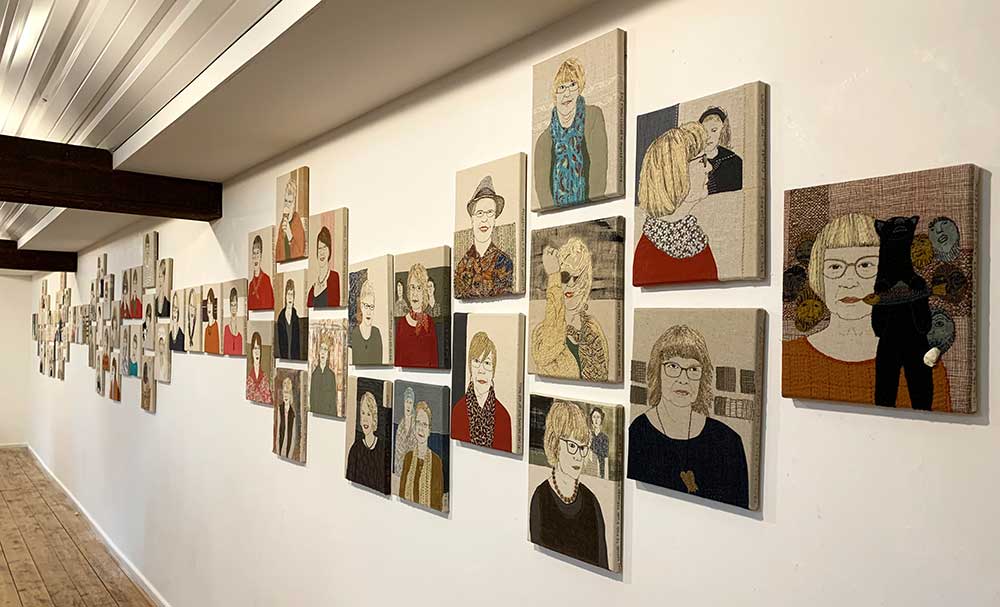 Workshops: No
Talks: No
Commissions: No 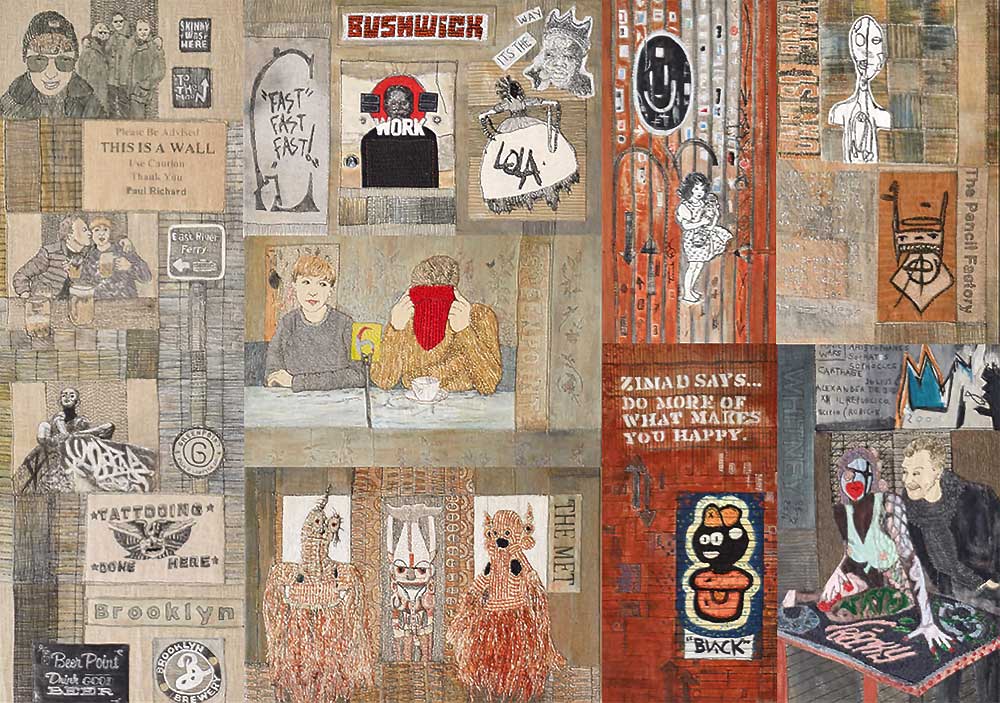 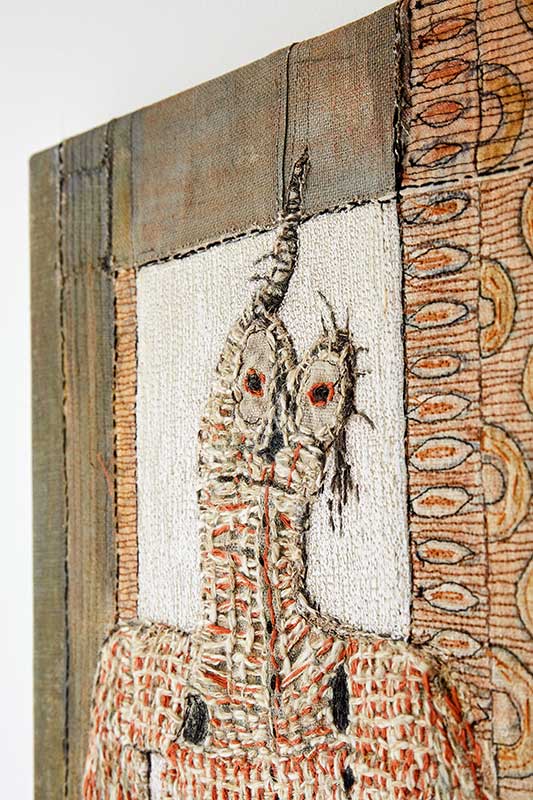 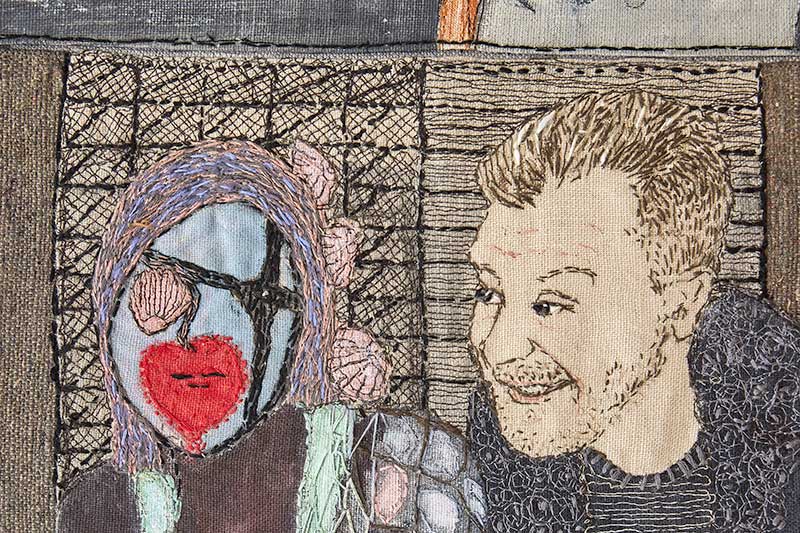 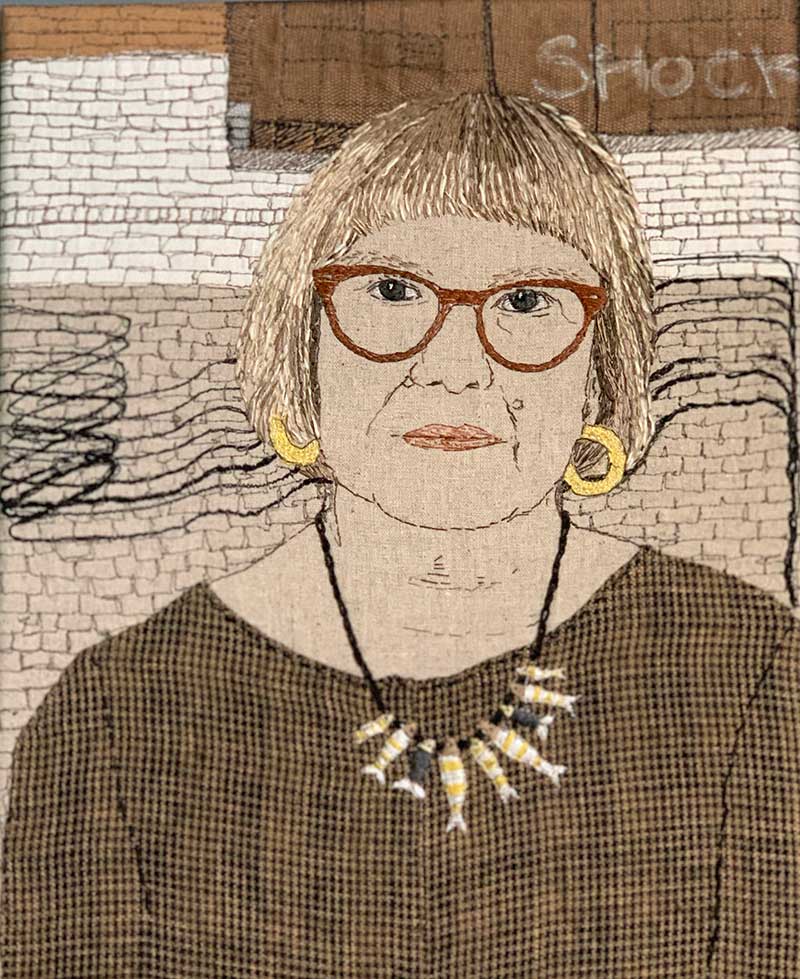 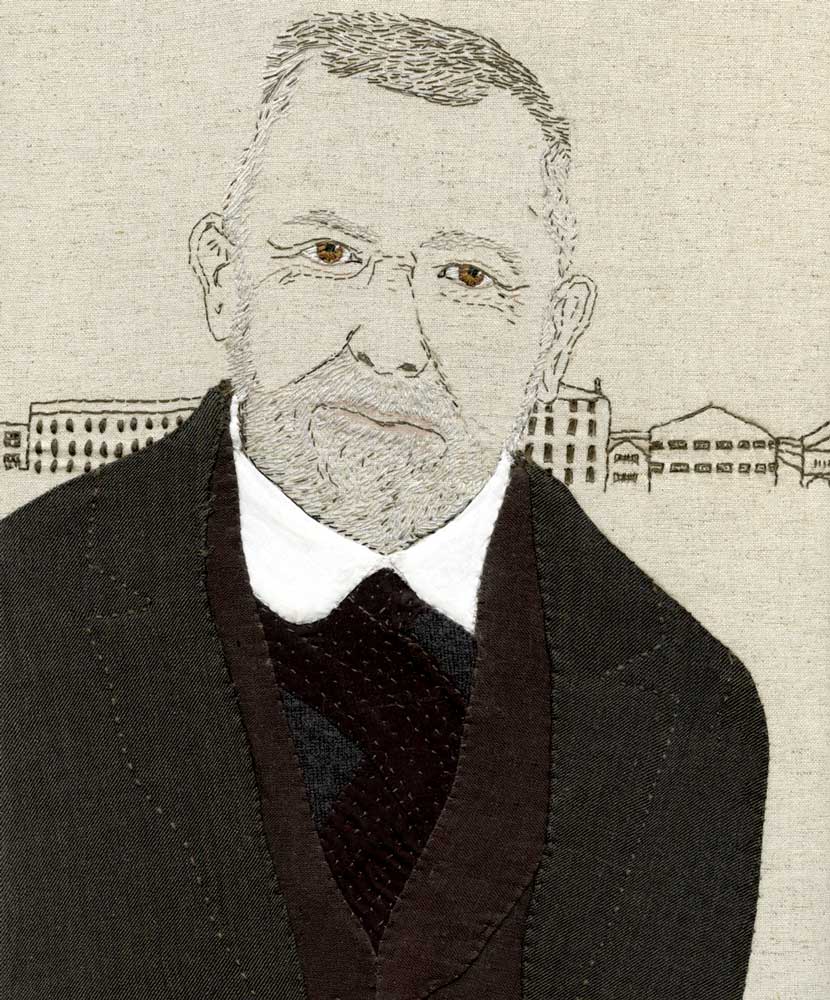 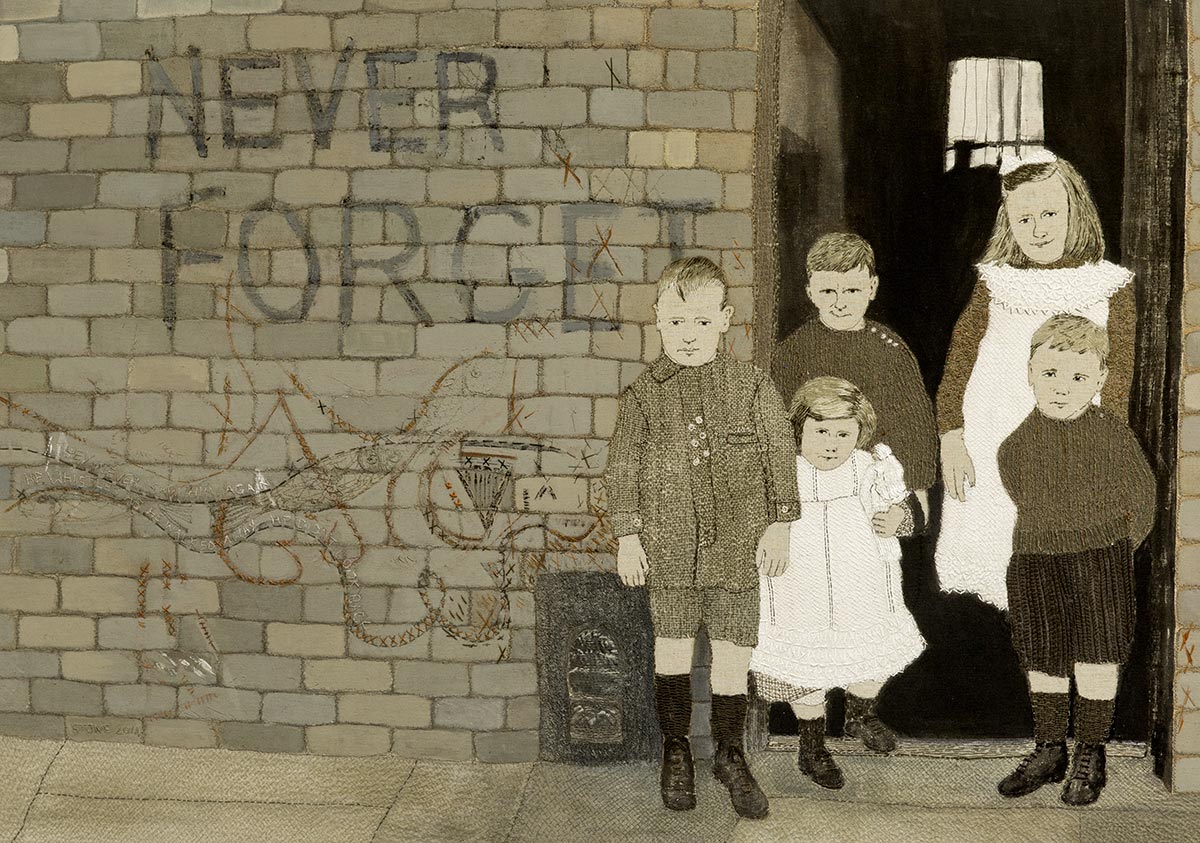